Hi and welcome to this week's taster. Each week a group of authors, including myself, will share with you a sample from one of our stories. My excerpt today is taken from my novella 'A Wicked Game' enjoy:


The drive to Peter’s house was not an easy one. He hadn’t planned on ever taking Lucinda there. This was against the rules, risky to both his relationship with Amy and his career. He sighed as he stared blankly at the familiar road ahead. What choice did he have? The office wasn’t suitable for what he was trying to achieve and he was damned if he would pay for a hotel room. He glanced across at Lucinda sitting excitedly in the passenger seat of his plush BMW. He knew she was hyped up, so was he, but at the back of his mind the doubts persisted. Lucinda must not be allowed to call the shots, he knew that. But somehow these sessions with her were no longer about keeping the girl quiet. He smiled as he thought about the excitement she was stirring in his body, passion he had almost forgotten. He realised with grudging acceptance that these few stolen encounters were becoming too important to him. He wanted this as much as Lucinda, he longed to tease her until she broke before him. He knew he could do it too. Lucinda was so naïve, so inexperienced, whereas Peter had years of seduction behind him, years of tantric experience at the hands of an older woman when he was in his early twenties. Admittedly he was rusty; Amy wasn’t too willing to experiment. This was Peter’s chance to prove to himself that he still had it in him and he relished the opportunity to make Lucinda beg.
Peter glanced up at his house anxiously as he drove slowly up the long drive hidden from the neighbours view by tall shrubbery. Amy wouldn’t be here, she didn’t live with him and she wasn’t one for surprises. Even so, it felt strange bringing Lucinda here, devious and unsettling.
But so very exciting.

Excerpt:
A clandestine encounter between lecturers at Keywood upper college campus is witnessed by second year psychology student Lucinda White. Determined to make the most of this opportunity Lucinda embarks on a little blackmail, convincing senior lecturer Mr. Peter Caine that she will keep quiet about her discovery in exchange for a series of after college tuition.
Peter, bemused and flattered by the attention she pays him and worried about the power she holds over him, then embarks on a dangerous liaison with Lucinda. Peter finds himself drawn to the student as she teases and entices him, playing games with his desire.
As their illicit relationship deepens however, Peter’s long time girlfriend and fellow lecturer, Miss. Amy Price becomes increasingly suspicious. Annoyed by the attention her partner is paying to Lucinda, Amy becomes determined to uncover the truth. Peter and Amy’s world is turned upside down as Lucinda’s demands increase in their intensity. But what does Lucinda really want? Is there more to this enigmatic girl than meets the eye?
Buy links: 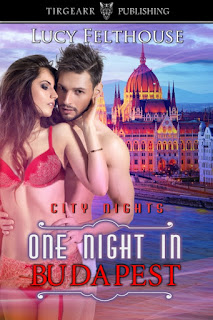 New Release from Lucy Felthouse – City Nights(@cw1985) #newrelease #erotica #romance #newadult #NA #tirgearr
Blurb:
Hermione’s in Budapest on a romantic weekend break. Or at least it should have been romantic—an unexpected break-up means she’s visiting the Hungarian capital alone. Determined to make the most of it, she goes on a night-time river cruise, the perfect opportunity to see some of the city’s beautiful sights after dark.
On the boat, cute Budapest native Emil serves her cocktails. They chat a little on the journey, engage in some banter, and when Emil asks Hermione out for dinner, she’s seriously tempted. But she’s a long way from home, by herself—is dinner with a complete stranger a good idea? Hermione decides to take a chance, and what follows is an unforgettable night which will transform her life forever. 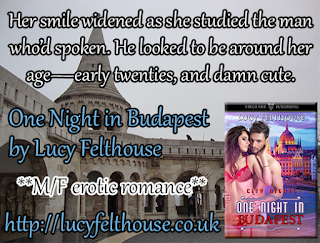 Locating the correct pier, Hermione pulled her ticket from her pocket and showed it to the girl welcoming passengers onto the boat. The girl—the badge pinned to her blouse giving her name as Reka—glanced at the ticket, and smiled. “Thank you. Please take a seat inside until the boat arrives. Enjoy your trip.”
With a nod, Hermione gingerly headed along the gangplank and boarded the vessel, wondering what Reka meant. Surely this was the boat? She shrugged, smiling at the other members of staff she passed, and followed the buzz of chatter to find the other passengers. Maybe it had been a misunderstanding, her meaning lost in translation or something.
Heading up a couple of steps to a bar room full of other tourists, she quickly took a seat at an empty table by the window. She’d have a great view of Budapest’s riverside highlights from here—and she was sure they’d look different again once night fell. Already the sky was darkening—it was almost four p.m. on a chilly January day.
She was so intent on admiring the Chain Bridge that she didn’t know there was anyone beside her until someone said, “Excuse me, madam? Would you like to take advantage of our special drinks offer?”
Turning to the source of the voice, her fluttering heart the only indication that she’d been startled, she smiled. “Maybe. What’s the offer?”
Her smile widened as she studied the man who’d spoken. He looked to be around her age—early twenties, and damn cute. Dark, slightly overlong hair curled on his head, deep brown eyes gave him an intensity that increased the flutters in her heart, and the dimpled smile he flashed as he replied lit up his handsome face. “It is happy hour. Two drinks for price of one.” He paused, looked at the empty seat beside her, then glanced over his shoulder as though checking if anyone was coming to join her at the table. “But perhaps you would only like one? Maybe I can see if yours can be half price…”
“It’s okay,” she replied firmly. “I’m going to be on the boat for a while, I’m sure I can manage two drinks. I don’t have to have them at the same time, do I?”
He shook his head. “No. I will be serving on the other boat in a moment, so I will look after you and your drinks to make sure you get special price.”
Immediately following his mention of an additional boat, a loud voice rang out. “Ladies and gentlemen, we are now ready for you to board the tour boat. Please be very careful while stepping from one boat to the other. As soon as you are all seated, we will begin the trip. Thank you.”
It was then Hermione realised that as she’d been gazing out of the window to one side, a smaller boat had pulled up alongside the one she was on. Everyone was getting up and moving to the staircase. “Thank you,” Hermione said, glancing at the man’s name badge. “Emil. I would absolutely like to take you up on your offer.”
He smiled, and she returned the gesture, only allowing the grimace to take over her face once she was out of his view. She was glad of any language barriers at that moment—hopefully it had prevented Emil recognising the blatant double entendre in her words, inadvertent though it had been.
As she emerged into the main space of the tour boat, she worried there wasn’t enough room for her and she might have to share a table with someone else. Not that it would be the end of the world, but over the past couple of days in the Hungarian capital, she’d become accustomed to her own company, even begun enjoying it. And the beautiful city had been more than enough of a distraction, in any case.

Posted by gemma parkes at 07:00 No comments: 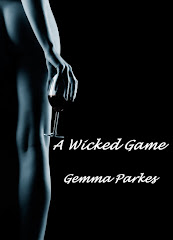 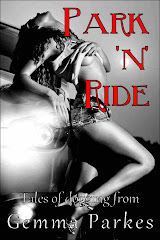 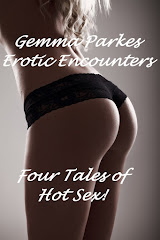 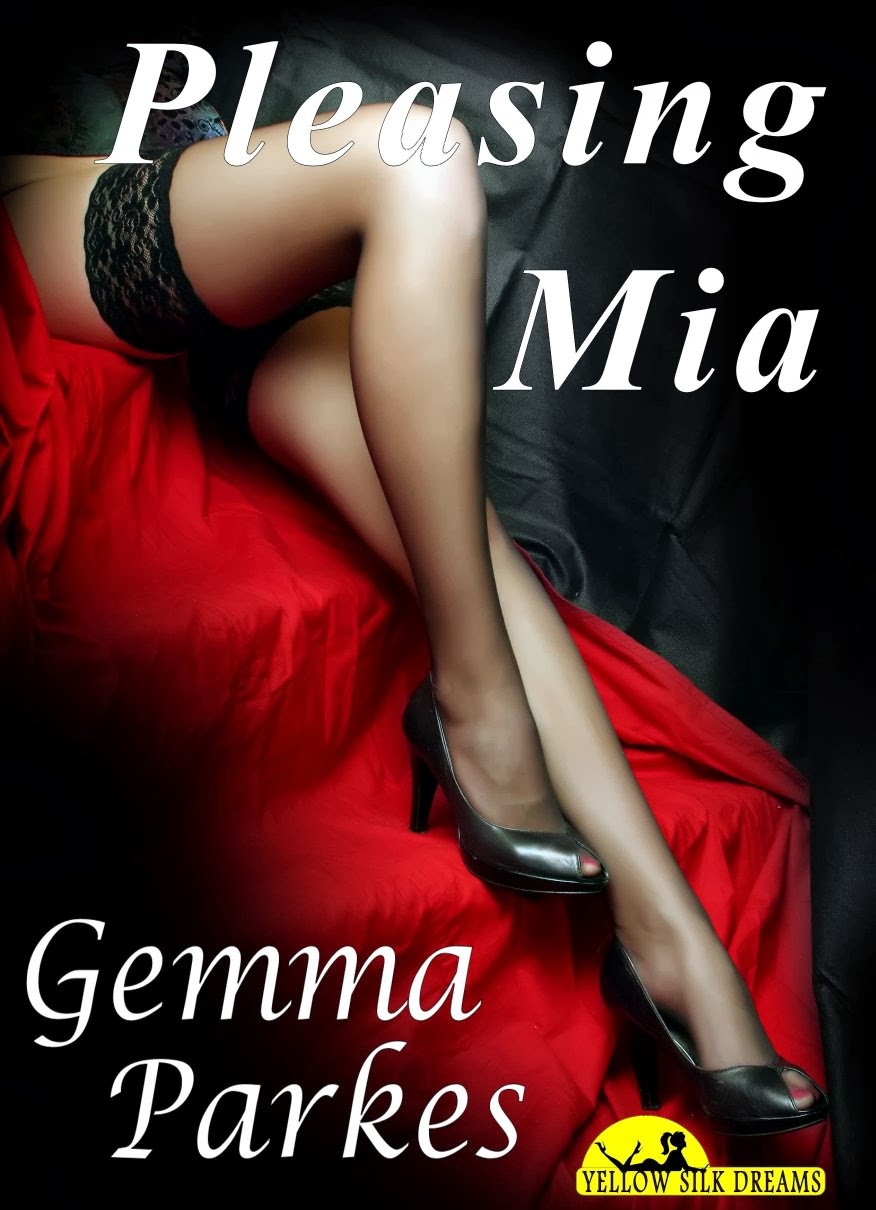 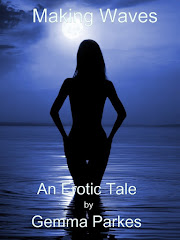 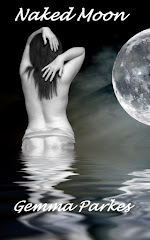